The results were very positive and have shown a deeper origin for hydrogen than previously thought. Among the possible interpretations, results are consistent with Hydridic Earth theory. They will be published soon in a scientific geological journal.

In the areas where rivers intersect hydrogen seepage zones, the degassing can be clearly seen in the form of hydrogen bubbles, with hydrogen concentration up to 82%. The river near the village of Al Haylayn. 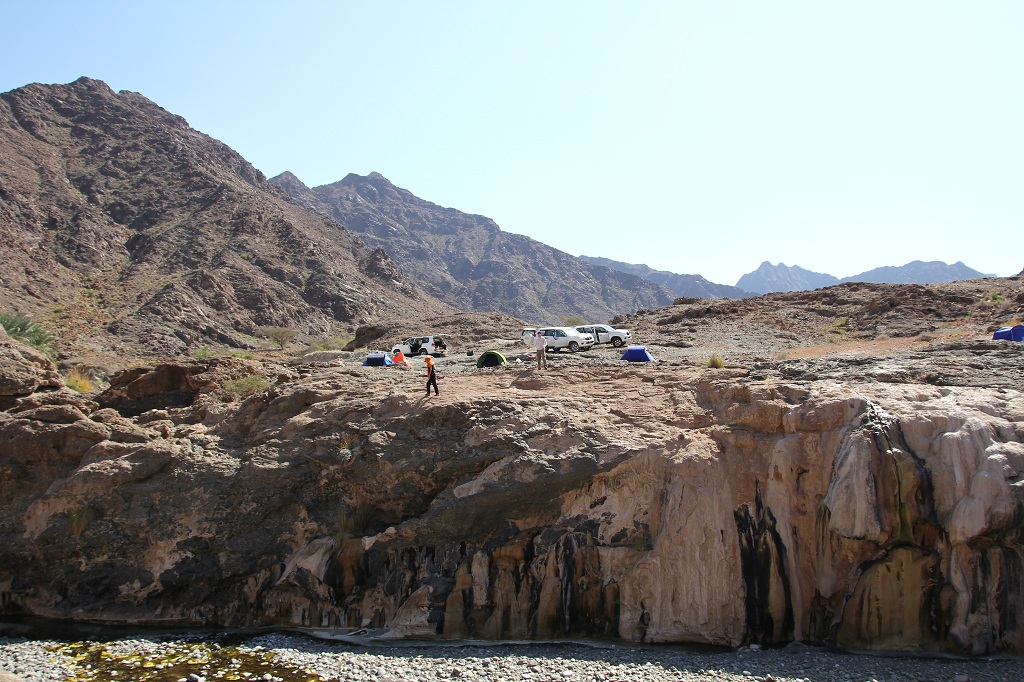 Our camp in Jebel Akdar on the carbonate falls and mountains of peridotites in background.