Natural hydrogen degassing from within the Earth may be accompanied by such phenomena as hydrogen embrittlement of metal construction and rapid development of karst. The consequences can be disastrous, so our group got in touch with the specialists of the Russian Research Institute for Nuclear Power Operations (VNIIAES). A meeting was held August 6, 2015 at which it was decided to join efforts in this research.
September 29, 2015, based on a pre-agreement between Institute of Physics of the Earth RAS and VNIIAES, we conducted a field geochemical survey of the territory near the Kalinin nuclear power plant for the presence of natural gases in the subsoil, especially hydrogen.
In the eight points, using gas analyzers VG-2A, VG-2B, the VG-2B and Dräger X-am 7000, we analyzed 36 samples of subsurface air from the wells with a diameter of 12mm and a depth of 1200mm. At several points we observed an increased content of hydrogen (0,43 - 0,55 vol%). No exceedances were found for other gases.
Based on the results of this work, the decision was made to expand the study of natural hydrogen anomalies in soils of nuclear power plants. Further studies will be pointed to content of H2 not only outside, but also inside the territory of plants. 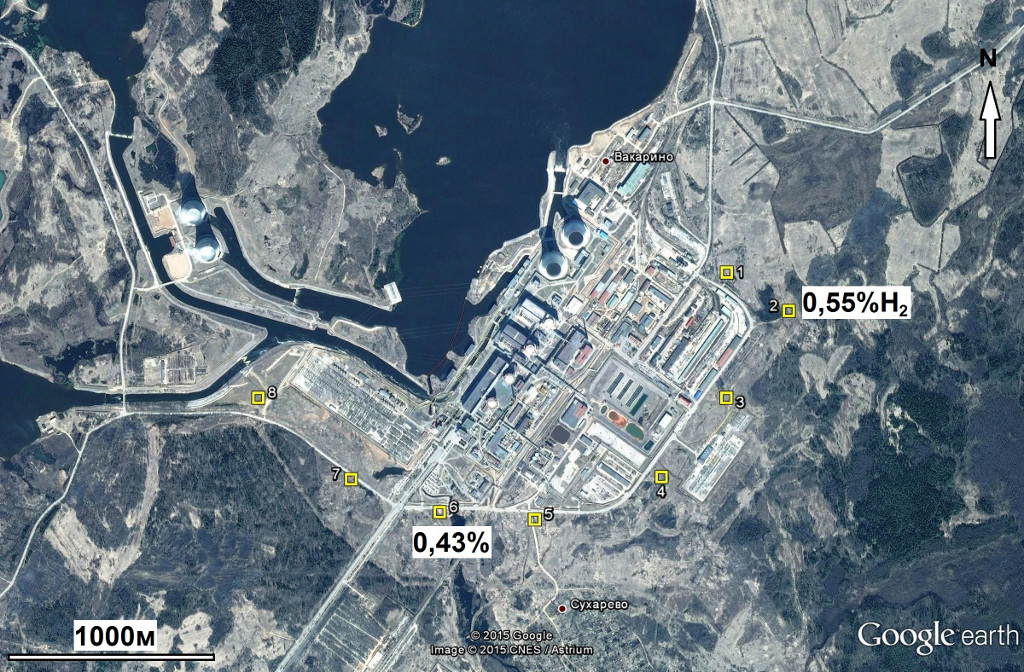 p.s. This is our second visit to the surrounding area of Kalinin NPP. The results of the first expedition can be found on our website.